Who are the JACCARD Brothers ? 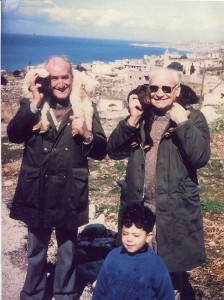 Brothers Jaccard on a Mission in Lebanon

The brothers Pierre and Raymond JACCARD are  two priests, blood brothers, born  both of them at Villers-le-Lac on the Franco-Swiss border  (in 1927 and 1931 respectively).  From siblings of four boys Leo and Xavier (twin brother of Raymond ) are now deceased. Ernest JACCARD, their father , was managing a watch factory while Simone (born Cuenot) their mother became crippled of one leg early in her youth.  Both remaining boys were ordained priests in Besançon : Pierre in 1953 and Raymond in 1956. 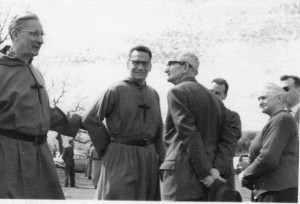 Father Pierre when Little Brother of Jesus
facing him : his parents

After spending three years in the parish of Audincourt (Doubs) Father  Peter joined the Little Brothers of Charles de Foucauld and lived first in the desert  then in France, in Algeria, in Belgium and in Spain sharing his life with the poorest of the Poor.

Then in 1971 he joined his brother Raymond in Cameroon. 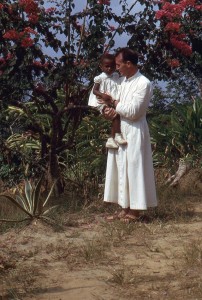 Father Raymond, at his arrival at La Dibamba lepers’home in 1967

After 10 years as a parish priest in Besançon, Father Raymond went to Douala where he had been called to serve as chaplain in the leprosarium .  Noticing the uselessness  of the medical  care typically given to the lepers  he came to the hard conclusion  that these sick people had to be operated  in order  to help them to stand up (physically as well as mentally)  and cure them definitely of their osteitis which was eating up their members.  Raymond was trained by a surgeon friend  to the excisional surgery (surgical intervention  consisting in removing an element affecting the  organism – a rotten member or a rotten  part of an infected member) .

As for Pierre , he trained himself in working out prostheses in order to work  as a team with his  brother. 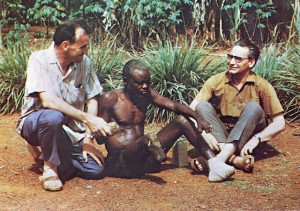 Raymond on the left, Pierre on the right with one of the first  amputated Lepers in 1971. 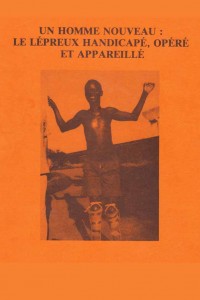 Children of Franche-Comté, son of a watchmaker inventor of the JACCARD clock their innate creativity helped with much skill  would allow them to innovate to fabricate apparatuses cheap, efficient and adaptable due to the raw material found on the spot ……

They will write several  books explaining the techniques of the Jaccard prostheses. These techniques developed and tested and improved  as they trained  new teams  all along their way. They taught and trained Doctor Jean-Baptiste Richardier in Thaïland at the beginning of the 80’s who later on will found NGO Handicap International of which he is still its president. 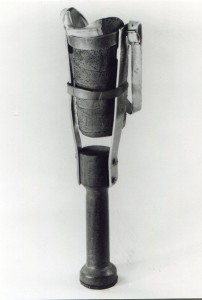 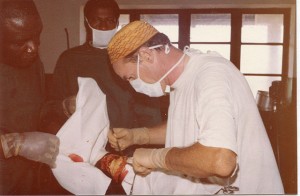 Monsignor Zoa, bishop of Yaoundé (Cameroon) followed closely the brothers ‘work.   Soon he appointed them to the large leprosarium depicted as “dumping ground”….After they had formed people able to replace them among the lepers and children suffering of polio Mgrs. Zoa  decided to send them as Fidei Donum priests (id lended by a bishop to another diocese) all over the world wherever they were needed. Thus the brothers will go to many countries to train surgeons, prosthesists, in leprosarium, refugee camps or cataclysms areas which left many amputated wounded. They were called by bishops, religious congregations,  even governmental health service in some countries (they will go three times in Vietnam). This is how they earned the nickname of “Charity globe-trotters“. 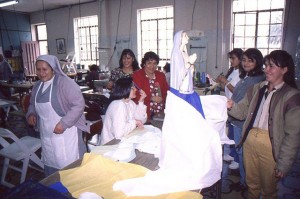 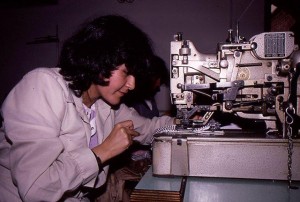 How to get out of an infernal life

In the course of years, the brothers had to face other forms of handicaps and poverty.  Called in Columbia for the lepers, they come in contact with the world of prostitution through the Hermanas Adoratrices of Columbia  who through their ecclesial vocation  take care of it.  The sisters train street girls and women  to get some skills in order to have them recover their women’s dignity. 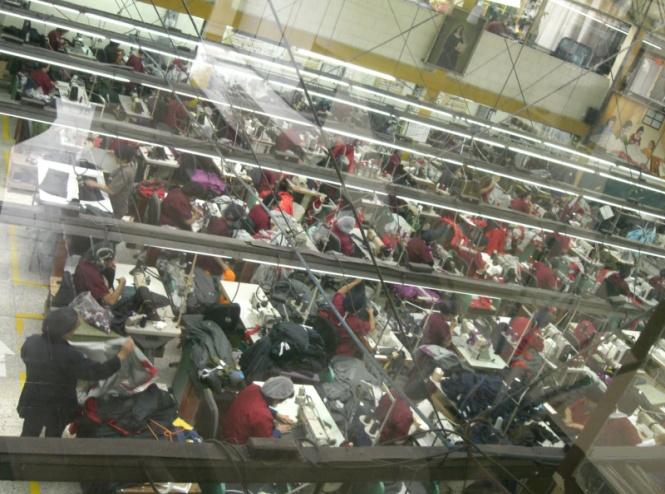 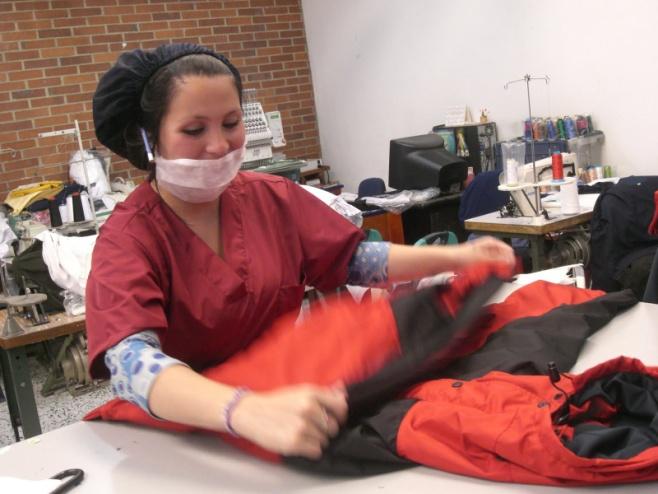 Pictures of the Factory Creaciones Miquelinas

The missionary life of the two Brothers carries on taking a new orientation …. 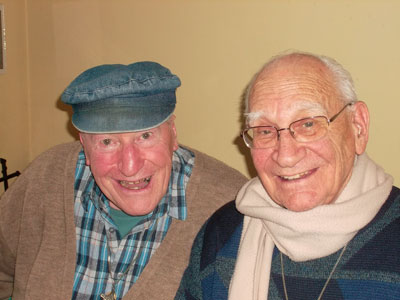 The two Fathers in january 2013

At 85 and 81, the two brothers had to give up their lengthy travels ; health taking its toll!  But they did not renounce all the same to their missionary life which take different orientation.  The Jaccard Brothers are chaplains of two contemplative convents : the Sisters of Bethlehem et St Bruno, Peter in the Monastery of the GLORY OF GOD LA GLOIRE DIEU aux Montsvoirons (74) and

Raymond in the Monastery the UNITE in Pugny-Chatenod (73). 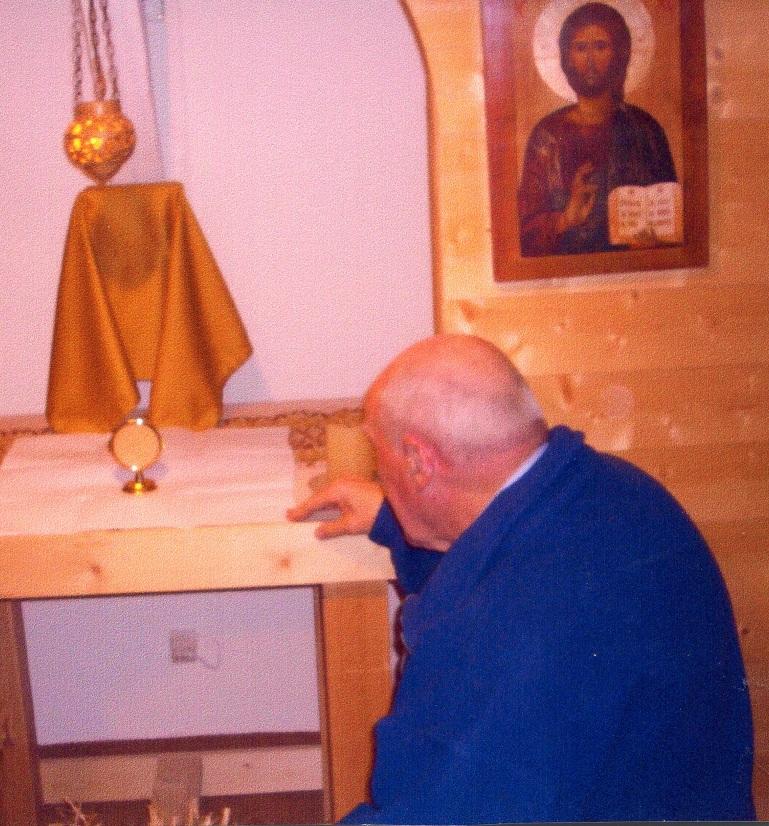 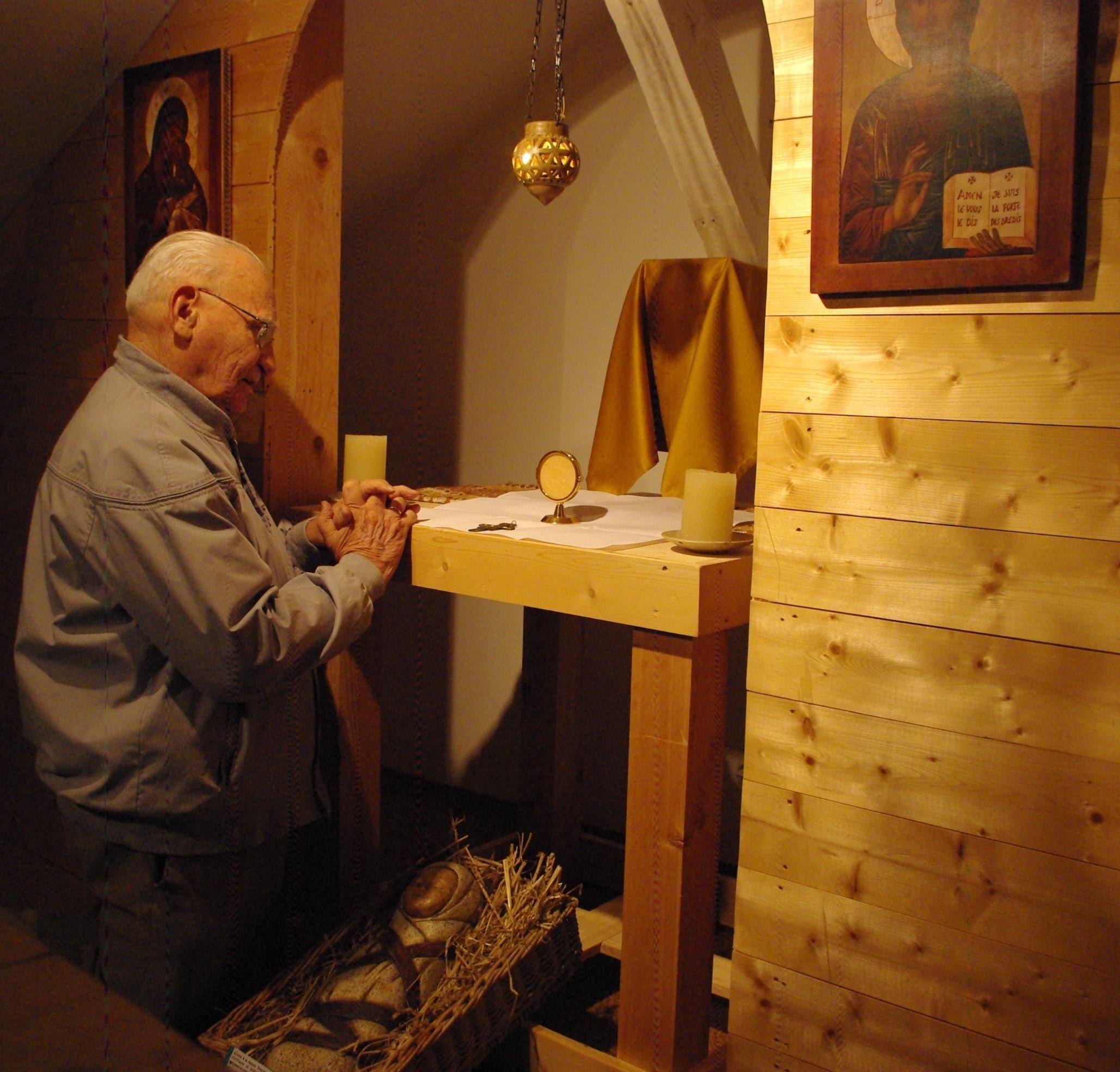 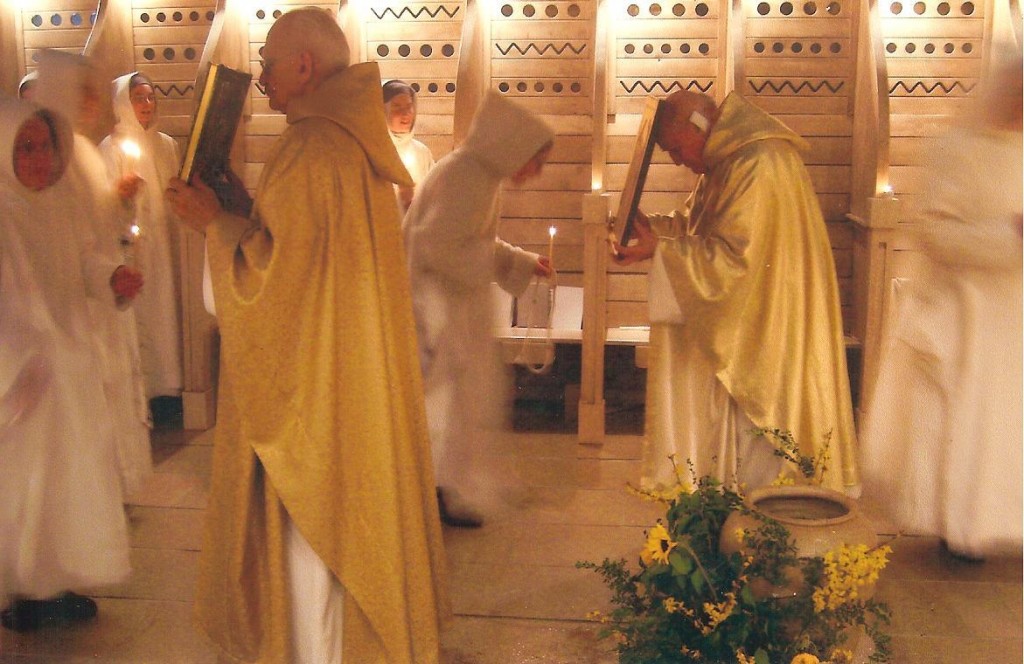 Their Association “UN PAS avec les Frères Jaccard” carries on the Mission too !

The Jaccard Brothers have a vast network of friends who take at heart to sensitize people   to the distress of the most unfortunate. Thanks to the help altogether material and spiritual of their friends, the brothers continue their caritative work.) Since 1991 their friends regroup themselves in an Association : un P.A.S. avec les Frères Jaccard. It goes on helping the young women in the world of prostitution  in Columbia  through the Hermanas Adoratrices   and the lepers in China  through    CASA RICCI SOCIAL SERVICES founded by Father Luis RUIZ (deceased in 2011). 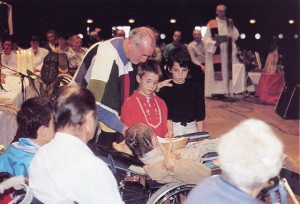 Pictures taken at the “Festival de l’Espérance” of Besançon.
In 1991, this big missionary meeting gathered  over 4000 friends of the Jaccard Brothers at the Gymnasium of the town. 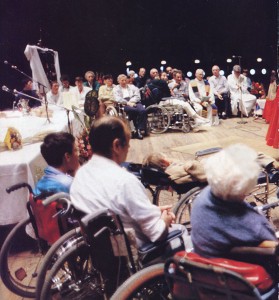