Wanted World Wide by the poor …

SERVING  THE MOST IMPOVERISHED AROUND THE WORLD

“A guitar and a football : that’s all I took with me when I left France for the Cameroon, arriving on August 24th 1967 at Douala Lepers’home. That was a pretty good idea, wasn’t it ?…  Here I was, with  the lepers now facing me, their new “padre”. Their exercise-books were in tatters, they didn’t even have a pencil to write with … and some of them, did not even have a hand to hold a pencil !! As for preaching them God’s Love, this too was a challenge  !!  Cameroonians have up to  200 official dialects, not taking into account the two official administrative languages : French and English.  Which dialect was I supposed to  learn ? How could I make myself understood ?(…)” 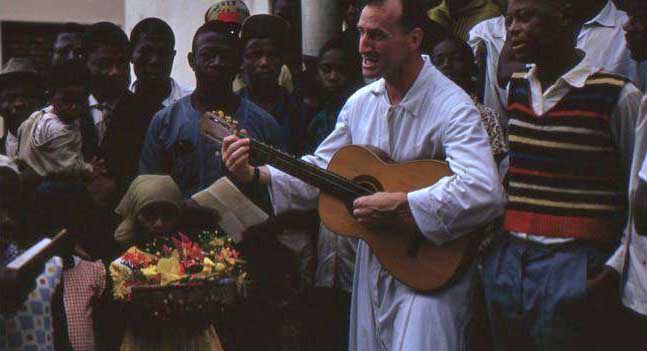 For four years, Father Raymond Jaccard shared his life with the leprosy patients in Douala … he would find  proper solutions to the  problems he encountered  such as operating the lepers with plantar foot ulcerations (MPP = Mal Perforans Plantar), equipping disabled people with artificial limbs and curing victims of disease in war-torn countries.

Then, with Pierre, his own brother’s precious help they went even further in helping the poorest among the poor,  those who were completely lost. What they’ve always intended was to make disabled people responsible of their own rehabilitation, and in doing so, gave them back their FREEDOM! 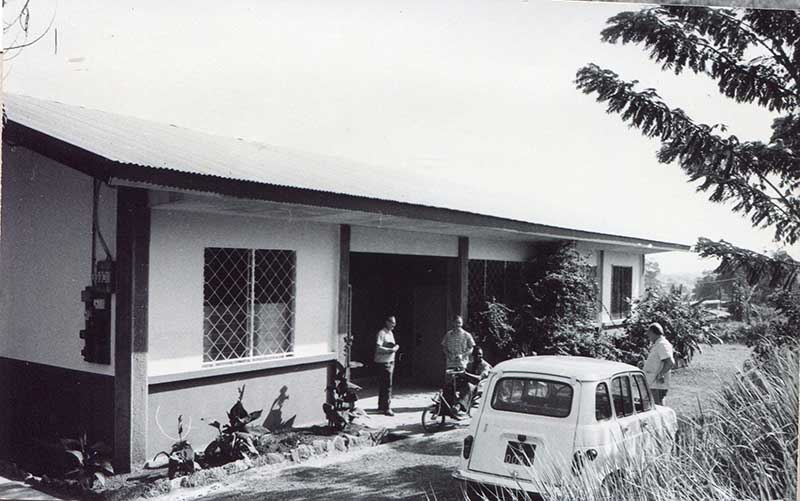 Brothers Jaccard have always been concerned with respecting the disabled person. They chose to live among the poorest but they’ve always been careful not to fall into paternalism.  They invented very cheap artificial limbs (5 US $), made from local materials and adapted to the needs of the patient, at the same time always insisting that the patient should pay towards his prosthesis.   After all, it will be “his” ! 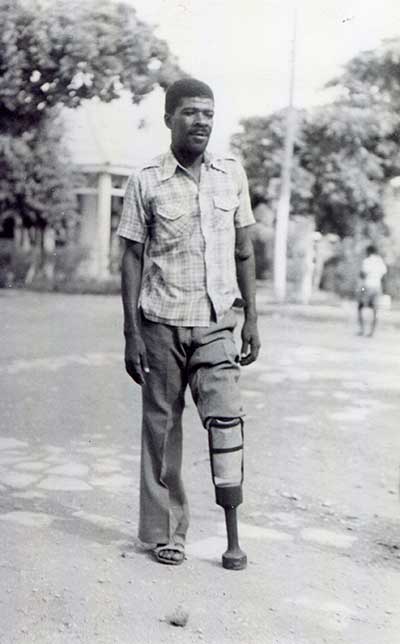 Their meeting with the “ill”  loved women of the streets in Columbia (“Mal Aimées as they call them : they never call them “prostitutes”) didn’t arise by chance : it is part of their continuous desire to  help the most abondoned people.  Thanks to Fathers Jaccard, thousands of women, children and young girls have found  a way out of this “hell” that is prostitution and all the evils that are associated with it. One of the key reasons that their Mission is such a success, is their attitude of mercy towards whoever they meet. These women and girls who are victims of prostitution always only expect one thing – a true word of sincere Love or a sign of free and simple tenderness.  A wounded heart cannot be healed but it can find peace with  the infinite Tenderness of God. 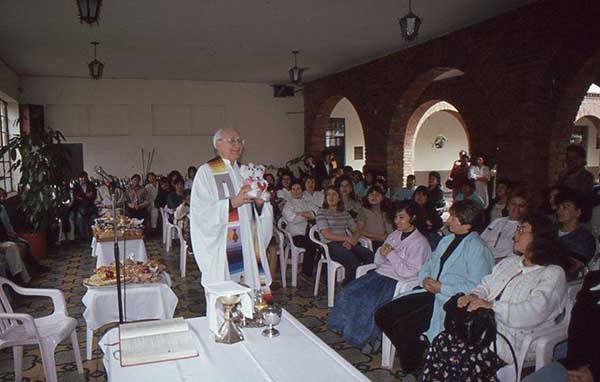 Beyond their action, it is the Church that is present to help those suffering , the weak and all those who are excluded..